Quicksilver Metallic 2016 GMC Canyon SLE1 4WD. Clement Auto Group is home of the 30 Year, 300,000 Mile Warranty. Enjoy no haggle pricing. When you shop at Clement Auto Group, the price you see is the price you get. We have something for everyone with over 1500 cars, trucks & suvs onsite to choose from. We make every attempt to ensure accurate pricing and options on every vehicle. Dealer is not responsible for computer errors, human errors, or third party errors with pricing or description of vehicle. We recommend you contact the dealership to ensure accuracy of advertised vehicles.

Model Overview
The GMC Canyon is powered by one of three available engines, a 2.5L 4-cylinder, a 3.6L V6, or a 2.8L 4-cylinder Duramax turbo-diesel. All are relatively powerful in this segment, with the 2.5L producing 200 horsepower and 191 pound-feet of torque, while the 3.6L is good for 305 horsepower and 269 pound-feet. Both engines are relatively efficient as well, with 2-wheel drive models capable of 27 mpg on the highway when equipped with the 4-cylinder engine. The V6-equipped Canyon is estimated at 26 mpg on the highway. Finally, the turbo-diesel, available in SLE and SLT crew cabs, makes 181 horsepower and 369 pound-feet of torque.
With the 2.5, a 6-speed manual transmission is standard on 2WD SL and Extended-Cab models. The 3.6 benefits from a 6-speed automatic, as does the 2.8 diesel. When properly equipped, Canyons with the 2.5 have a tow rating of up to 3,500 pounds; the figure jumps to 7,000 pounds on the 3.6 and an impressive 7,700 pounds for the diesel.

Buyers are given the choice of three different body styles and four different trims. Crew Cabs with four full-sized doors are available with in long or short bed styles, while an Extended Cab with a smaller rear seating area is available only with the longer bed. Four-wheel drive is an option across all body choices; however it is only available in SLE and SLT trims.

The Extended Cab version is the only Canyon that can be had in the stripped out SL trim. Costing a couple of thousand dollars less than other Canyon models, the SL has no rear seat and is equipped with the 6-speed manual transmission. It does however, come with a rearview camera.

The top-of-the-line SLT trim adds plenty of upscale goodies as well as a bit of bling. Additions include leather seating surfaces, heated front seats, heated and powered outside mirrors, a powered passenger seat, a remote starter, chrome exterior highlights, and 18-inch polished aluminum wheels. Options on the SLT include a Bose stereo and a navigation system. 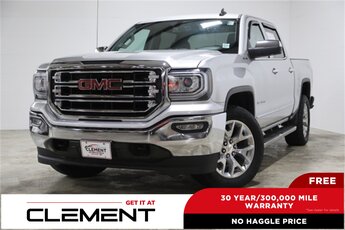 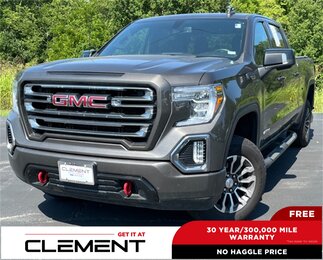 * Pricing -  All vehicle pricing shown is assumed to be correct and accurate. Incentives, credit restrictions, qualifying programs, residency, and fees may raise, lower, or otherwise augment monthly payments. Additionally, incentives offered by the manufacturer are subject to change and may fluctuate or differ based on region and other considerations. Unless otherwise noted or specified, pricing shown does not include title, registration, or tax fees and costs. All online prices reflect first responder discount active military discount recent college grad. All used inventory prices include $1000 Trade assist and $1000 Dealership financing discount.